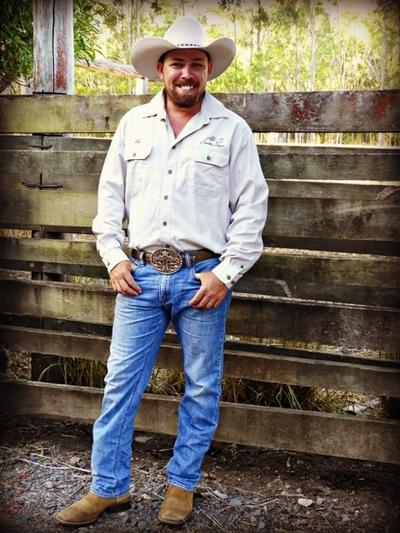 It is with great pleasure that Council endorses Ali S, Country Singer as Boulia Shire Council Ambassador for the period April 2020 to December 2024.

Ali S is a Country Music Singer/Songwriter from Boulia, QLD and his cultural heritage originates from the people of the Yulluna Tribe, who are the traditional land owners of the land surrounding Boulia.

Ali S has spent the majority of his life in North West Queensland, where he has worked as a Plumber, Underground Miner and Road Contractor. His love of singing has also been there, whether he is singing to his work crew while camped out on the Plenty Highway between Boulia and Alice Springs for weeks at a time, or heading down to the 'local' in Mt Isa and Boulia with his crew on his days off.

Ali S began his singing career in Boulia and the surrounding shires, performing at community events, at pubs and clubs and where he sang alongside Steve Forde. 2016 saw the birth of Ali S in the Australian Country Music Industry and since then he has achieved some outstanding accolades.

2018 saw Ali touring Queensland and performing at some of the biggest events in Country Music including Winton’s Way Out West Fest, Gympie Music Muster, the Brisbane Ekka and the Tamworth Country Music Festival. It also saw Ali release the first single off his 2nd Album – ‘Girls, Beer, Utes & Rodeo’ which was co-written with one of Australia’s most talented songwriters, Matt Scullion - receiving success both here in Australia and internationally, as well as having over 200,000 streams on Spotify and being included in Spotify playlists including the Australia Viral Top 50 Charts.

In 2019 Ali continued to travel around Australia including performing at Winton’s Way Out West Fest, while putting the finishing touches on his 2nd Album and releasing his latest 2 singles to the world, which were co-written with Matt Scullion and produced by Simon Johnson.

Ali S is a genuine bloke with a passion for music and the country way of life. He’s a countryman whose songs reflect his strong country pride.

Back to the top