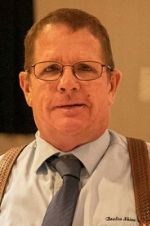 Eric (Rick) Britton and his photographer wife Ann, own and operate cattle breeding enterprises in Queensland’s North West. Both Rick and Ann are active in community groups and provide hands on assistance and support to numerous events in the shire. Residing just outside of Boulia at Goodwood Station, Rick is a long-term member of the region. Rick’s grandmother and father were born in Boulia and Rick and Ann have two children, Thomas and Claire.

Rick entered local government as a Councillor in 2007 and has held the position of Mayor since 2008. In both his local government and business interests, Rick continues to actively pursue professional development opportunities, having already completed the Australian Institute of Company Directors course along with a number of other short courses.

With significant demonstrated experience in public administration, leadership and governance along with his knowledge of primary production in some of Australia’s harshest climate, Rick is a passionate community advocate and through his role as Mayor he has developed an intimate understanding of the needs of communities, both rural and non-rural.

Along with his various commitments as a representative on regional organisations such as the Rural Financial Counselling Service, Rick also represents the Council on the following committees: 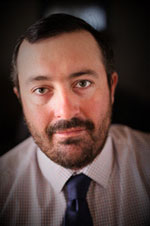 Deputy Mayor Jack Neilson is a born and bred local of Boulia and grew up on a cattle property called Two Rivers north of Boulia. After schooling through Mt Isa School of Distance Education and then boarding at Blackheath and Thornburgh College in Charters Towers, Jack returned to the Boulia area to work as a Contract Musterer. Jack is very passionate about the Boulia community and wants to see Boulia grow and develop as a hub for the west through job security, tourism and helping the Beef Industry which built Boulia town. Roads funding is high on his agenda as he feels with better roads we can attract more people and investment into our shire - either through easier cattle cartage options or easier roads for tourists and industry to travel.

Jack represents the Council on the following committees: 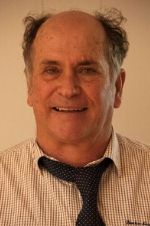 Elected to Council in 2004, Councillor Beauchamp is one of our longest standing elected members. Primarily a beef cattle producer, Sam has a strong family history in the shire and is an electrician by trade. He is an active member of the community, always willing to provide assistance at local events and ceremonies - a characteristic which is reflective of his 2006 Boulia Shire Council Citizen of the Year award. Sam represents the Council on the following committees:

Since moving to Boulia in 2016 as an electrical contractor, Councillor Tim Edgar and his family have played an active role in the community - supporting organisations and participating in events.

As an elected member of Council, Tim would like to focus on the preservation of Boulia’s heritage and history, as well as progression, to modernise and evolve our Shire to its full potential.

Tim represents the Council on the following committees:

Born in Charleville, raised in Augathella and having spent the majority of her life living in Boulia, Councillor Norton was elected to represent Boulia in 2020. Over the years she has experienced the trials and tribulations of living in this little remote area, and has been in the background of many organisations doing the legwork and taking photos.

Alongside her role as Councillor, Jan is currently the Manager of the Boulia Community Support Services and is totally committed to Boulia Shire. She believes that she can make a difference as part of a team and represents the Council on the following committees:

Under the Local Government Regulation 2012 section 290, a register of interests of Councillors must be maintained and available for inspection by the public. The register is updated annually or throughout the year as required.